Tips and Tricks for Preparing Chilis

Like the potato, tomato and eggplant, the pepper is a member of the nightshade (Solanaceae) family. It’s the fruit of a vine native to South America, grown for the last 7000 years. Peppers were initially appreciated for their medicinal characteristics, and only later as a condiment or vegetable. There are many types of peppers, but the ones commonly used in the kitchen can be generally classified as being either sweet peppers or hot/chili peppers.

Hot peppers vary in colour, size, and heat. The fruit is a pod, varying in flesh thickness, and containing several seeds. The length usually varies from 2 to 15 cm, and 1 to 5 cm in diameter. The heat is due to an alkaloid, capsaicin, so potent that 1 g can be detected in 10000 litres of water. This substance activates salivation and digestion, and also causes the brain to produce endorphins, which promote a sense of well-being.

Cayenne pepper, also called red pepper is a powder made from several red dehydrated hot peppers; it is used to prepare curry powder and chili powder (chilli was the term used by ancient Aztecs for the hot pepper). One pinch of Cayenne pepper is enough to add pungency to a dish.

Tabasco peppers are used to make Tabasco Sauce (integral to the famous Bloody Mary cocktail): the peppers are fermented in barrels for 3 years before being processed with vinegar and salt. Only few drops of Tabasco sauce are enough to add pungency to a dish.

Paprika is a powder made by grinding aromatic sweet red pepper pods. Its pungency can range from mild to hot, its colour from orange-red to deep blood-red (depending on whether or not the seeds have also been ground). Hungarian cuisine has used paprika as a mainstay since the XVI century, hence this powder became known world-wide under its Hungarian name. Less pungent than the cayenne pepper, it is mostly used to colour a dish. When possible, it is preferable to add paprika towards the end of the cooking, since heating it will damage both colour and flavour.

Harissa is a paste of spices, oil, garlic, cayenne and other fiery-hot chilis. It is much praised in the Middle East and North Africa and is a traditional accompaniment for couscous.

You can buy fresh or dried hot peppers. If fresh, choose firm, brightly coloured peppers with no sign of shrivelling or soft spots. I prefer to buy the dried chilli peppers, whole, in 50-75 g. bags because they are easier to handle and keep for a very long time.

Fresh peppers can be stored in the vegetable drawer of the refrigerator for about a week, unwashed, in a paper bag.

When preparing hot peppers be very careful to not touch your face, eyes, nose, or lips, since capsaicin is very volatile and can irritate your skin. Wearing rubber gloves will remedy this problem. To remove any trace of irritating substance, wash your hands, knife, and cutting board thoroughly after working with hot peppers.

In order to finely mince dried peppers, I use a dedicated spring-chopper. Use about ¼ of a whole dried pepper per serving (seeds and skin included). Use caution at first and then increase the dose if desired when you gain some experience (hot pepper’s flavour develops while cooking). The best way to reduce unwanted pungency on your tongue is to eat bread, rice, sugar or yogurt, rather than drinking water, since capsaicin is soluble in oil and not in water. 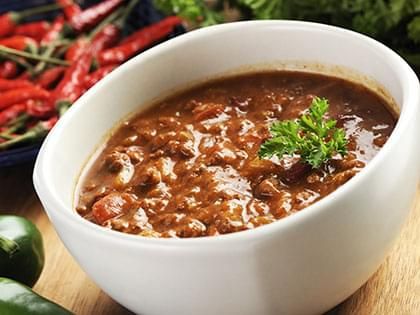 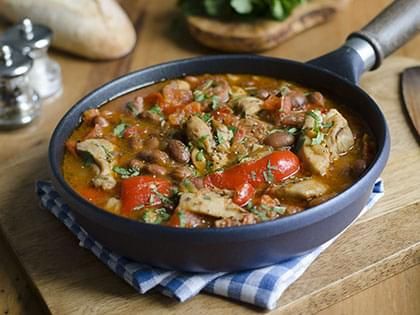 Chicken and Peppers in a tange Sauce 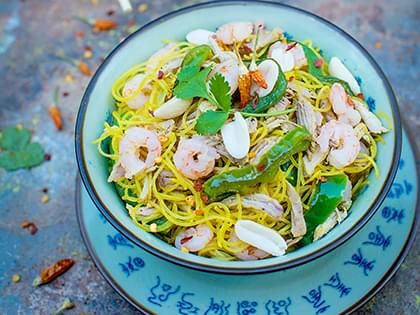 See all the recipes 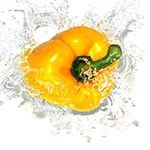 What’s the difference between bell peppers and chili peppers?

See all the Articles