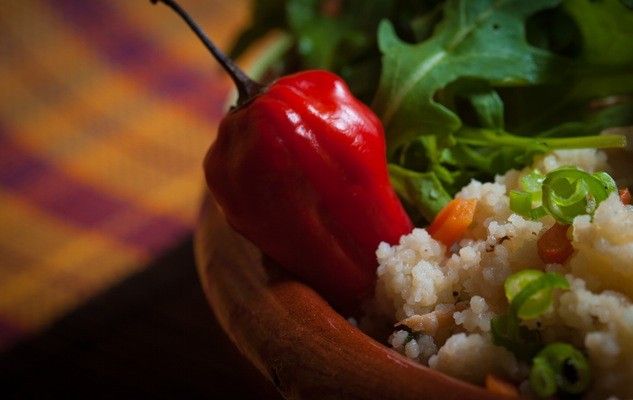 Chili peppers were one of earliest cultivated crops in Central and South America, around 7,000 years ago. Imported into Europe by Christopher Columbus and then spread rapidly across the globe by Spanish and Portuguese colonizers, they were immediately adopted as an inexpensive substitute to pepper.

Capsaicin is the chemical compound in chili peppers that is responsible for the spicy taste. A scale from 1 to 10, known as the “Scoville scale” (named after its inventor), measures the degree of heat of chili peppers based upon the ‘burning’ sensation that is created. It goes from paprika (1), Espelette pepper (4) and Cayenne (6), right up to Tabasco (9) and Habanero (10), the hottest chili pepper in the family.

To reduce the spicy sensation in your mouth, simply eat some bread or yogurt, as capsaicin dissolves in greasy substances and is neutralized by casein, a protein of milk. So water is not a good ‘extinguisher’ in this case!

Chili peppers have become popular everywhere, not only due to the influence of the Hispanic population, but also due to recommendations by experts, because they increase satiety and are a healthy alternative to salt by adding a lot of flavour to foods.

Now that you know all this, go ahead and spice up your plate!

A few of our recipes that feature dried chili peppers or Cayenne pepper: 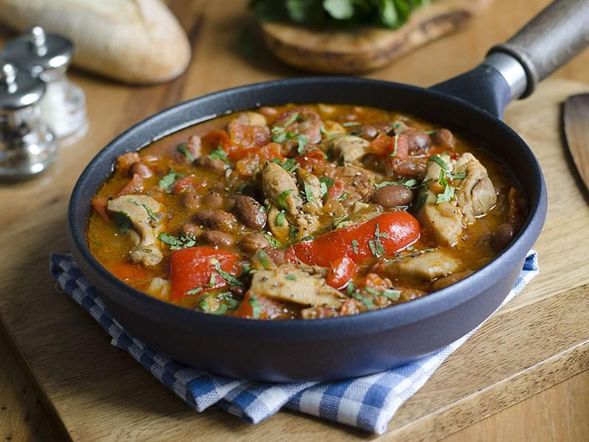 Chicken and Peppers in a Tangy Sauce

Originally published in the Journal de Montréal on September 25, 2010.