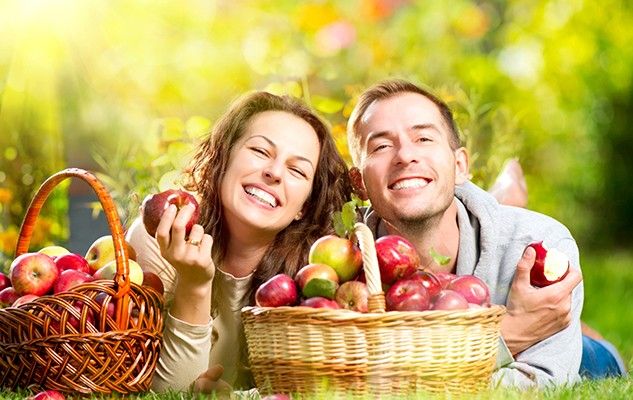 An apple a day…

The medicinal properties of apples have long been recognized, so much so that according to a popular British saying, «an apple a day keeps the doctor away». As a matter of fact, researchers have managed to prove that the virtues of apple are vaster than was earlier believed.

It is a source of potassium and vitamin C and it contains pectin, which plays a role in controlling cholesterol and blood sugar level; it also contains cellulose, which helps in the good performance of the intestines. Most of the nutrients are to be found just beneath the skin; this is why apples should be eaten with their skin, as often as possible.

Thousands of apple varieties exist all over the world, however 90% of the worldwide production comes from only ten or so varieties. You can buy them all year long, but the best ones are available in autumn, as they have ripened on the trees.

Some varieties such as McIntosh, Paula Red, and Spartan, taste better raw, because they are crunchy and juicy; others, such as Lobo and Cortland are ideal for tarts and oven cooking, since they don’t lose shape much; finally some others are good for compotes, like McIntosh, which preserves its beautiful color after cooking.

This week I am proposing 5 meals with an apple a day. You’ll notice that the second to last one is almost a “dessert-meal”, because it contains enough almonds to provide 8 grams of proteins/portion, which is the same as 1 1/4 equivalent portions from the ‘meat and substitutes’ group of the Canadian food guide.

Try one of our recipes that feature apples: 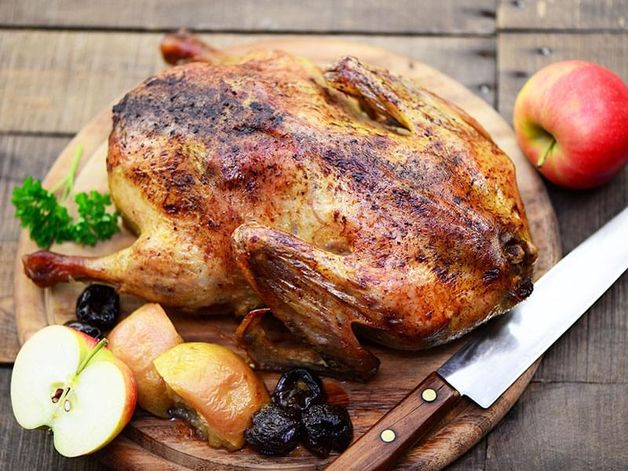 Originally published in the Journal de Montréal on October 4, 2008.