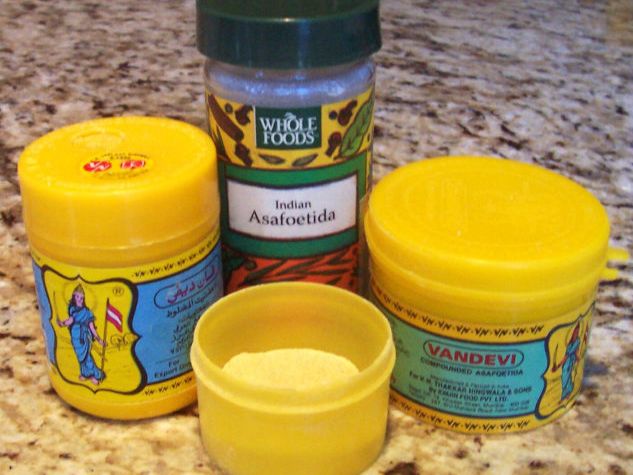 Asafoetida, a great spice… but stinky

Asafoetida is the resin of a large umbelliferous plant resembling fennel, native to Central Asia. Once very popular with the Romans, this spice is widely used in Indian cuisine, but it has fallen into disuse in the West, most likely because of its slightly rotten egg smell, which comes from the large amount of sulfur it contains. This unpleasant smell earned the spice its name (foetidus meaning smelly in Latin) and also the nickname “devil’s dung”.

However, after cooking the spice in oil, the repulsive smell disappears and the flavor that emerges is similar to that of garlic and onion. Asafoetida is also widely used by Brahmins and Jains who consider plants belonging to the Allioideae family to be impure. In addition, this spice helps with the digestion of beans and legumes and limits any “collateral effects”!

The Indians also believe it to have aphrodisiac properties. And according to a legend, when Asafoetida is used in incense, it has the virtue of keeping away any spirits that one does not want around.

This spice is recommended to be used by all those who digest garlic and onion badly, but would still like a similar taste. In particular, people who follow a low FODMAP* diet would benefit from trying it. A small amount will be enough to give taste. You should start by adding just a pinch.

You can buy Asafeotida in Indian grocery stores. In general it is mixed with gum arabic and sometimes also with flour. When I buy it, I put it in an airtight box so as not to add its “fragrance” to my pantry.

2 comments to “Asafoetida, a great spice… but stinky”

How much Asophedita do I use for each onion replaced?

Please start with just a pinch.