Cider obtained from fermented apple juice is one of the oldest known alcoholic beverages in the world. Hippocrates, the Greek physician was already extolling its benefits in the 4th century BC. But cider really only took off after the cider press made its appearance in the Middle Ages. Thanks to its affordability – due to the strides made in the cultivation of apple trees – cider quickly became a popular beverage, to the point of rivalling beer and wine in France around the 13th century.

These days, cider is produced in certain regions of France, Spain, Germany, Ireland and England, which are also obviously apple producing zones. This drink had practically disappeared from Canada during the 1920s due to laws on prohibition. In fact, it was technically illegal until 1970, although this did not stop the Quebecois from secretively making and drinking it.

For the last 10 years or so, a new variety of cider has emerged on the market: ‘ice cider’. Like ‘ice wine’, this one is also made from fruits or juices left outside in the early winter frost. On freezing, the water in the fruits or juice increases the concentration of sugar. After pressing, the concentrated juice undergoes the alcoholic fermentation process. An excellent product belonging exclusively to Quebec, its popularity and exports are increasing day by day!

For another way to enjoy cider give our Mussels in Irish Cider a try: 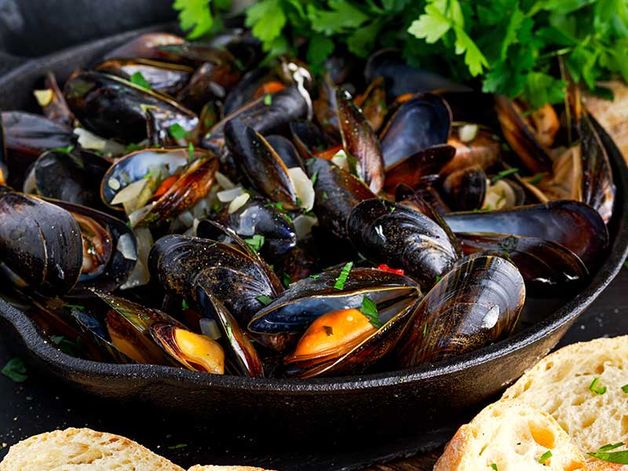 Originally published in the Journal de Montréal on July 23, 2011.

One Response to “Cider, Proud Competitor of Beer and Wine”

Cider is a wonderful alternative to beer on an exceedingly hot summer day. It seems less filling and entirely more refreshing than beer when served ice cold.

For some reason though, the SAQ here in Quebec never really picked up on the more traditional ciders like Strongbow and Blackthorn from England so if anyone is looking to try those offerings out, you can find them at the LCBO in Ontario.

I wrote to the SAQ once and asked about it but the response I received was cool. I think they aren’t convinced it will sell well. They should at least test market it b/c it does very well in the LCBO.