Originally published in the Journal de Montréal on October 20, 2007.

«Cock-a-Leekie» is a traditional Scottish soup that Queen Mary Stuart was apparently very fond of, in the 16th century. It gets its name from the custom of serving a stew of chicken broth and leeks to spectators, following a cockfight.

The unfortunate part being that the bird that lost, always landed up in the cooking pot! Prunes were often added to make up for the somewhat bitter taste of the leeks.

In the modern version that I am proposing this week, a regular chicken and homemade chicken broth replace the fighting rooster.

Try our recipe for Cock-a-Leekie soup 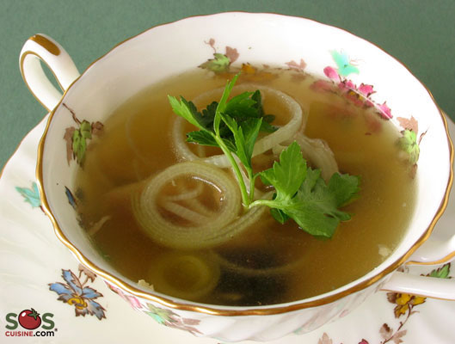