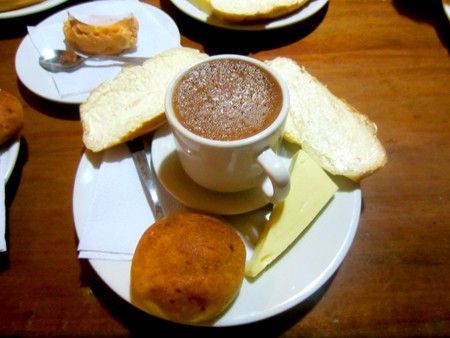 During my trip, I noticed that Colombians love to mix their sweet and salty foods. The most obvious demonstration of this is in their typical Colombian breakfast specialties.

One of the most interesting specialties and probably the one that struck me the most is Chocolate Santafereño. Traditionally from Bogotá and the Cundinamarca region, this hot chocolate beverage is usually served with a piece of mild cheese that is dipped into the drink. Sometimes added on the side are pieces of bread and butter as well to be dipped into the beverage. If you are a cheese fanatic, this will definitely be to your taste! 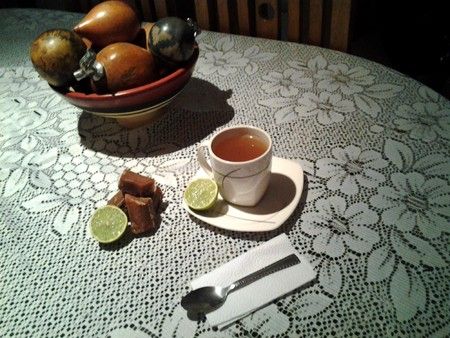 Another popular Colombian beverage is one of my personal favorites, Aguapanela, (or agua de panela). This beverage is an infusion of panela and water. It is made by melting fragments of panela, which is a solid piece of cane sugar and stirring it until it dissolves in boiled water, and adding a slice of lemon or lime. The drink can be served hot or cold, and it is also quite common here to add a chunk of cheese and a piece of bread. When served hot with a slice of lime, it is the perfect remedy for the flu! 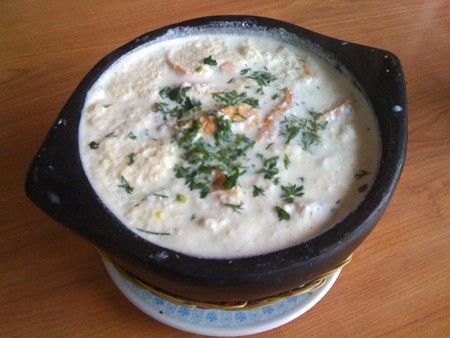 Changua is a breakfast soup also from the Andes region of Colombia, more specifically in the Boyacá and Cundinamarca area. Its origins are from the Chibcha people, whom were the indigenous population living in the region before the Spanish conquest. This soup consists of a mix of milk, water and eggs, coriander, trimmed with scallions and a piece of dry bread called “calado” which softens in the soup. 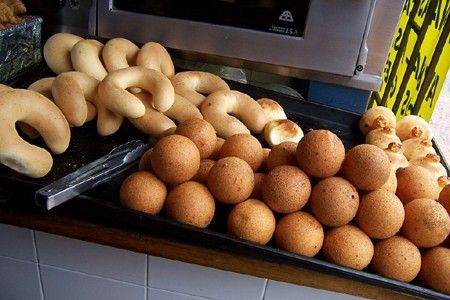 There are many varieties of breads that can be eaten at breakfast, or as a snack, that vary between sweet and salty. My favorite bread buns were Pandeyuca, which is a small bread loaf made out of yucca flour and cheese. Pandebono is a small round bread made out of corn flour, cassava starch, and cheese. Buñuelos are sweet round fried dough balls and are filled with a bit of curd white cheese.

The first one, Chocolate Santafereño, looks very interesting. I can’t say it perfectly matches the taste of Italian cuisine but the mix of a mild cheese and the sweetness of chocolate is something that attracts me, reminding me of the mix of goat cheese (they call it “brown cheese”) and blueberry jam that in Scandinavian countries is a very common way to have breakfast.
I don’t find the second one so attractive, it is just water with sugar… even if the cane sugar has much more flavour than the normal one.

In the Paisa and Santader region, you can never miss the wonderful arepas for breakfast time. These are delicious patties made of cornmeal or flour. I definitely recommend them with cheese and margarine. Actually, there are a few places here in Montreal where you can find them, and the taste is pretty much like the original one.

Looking forward to your next article….