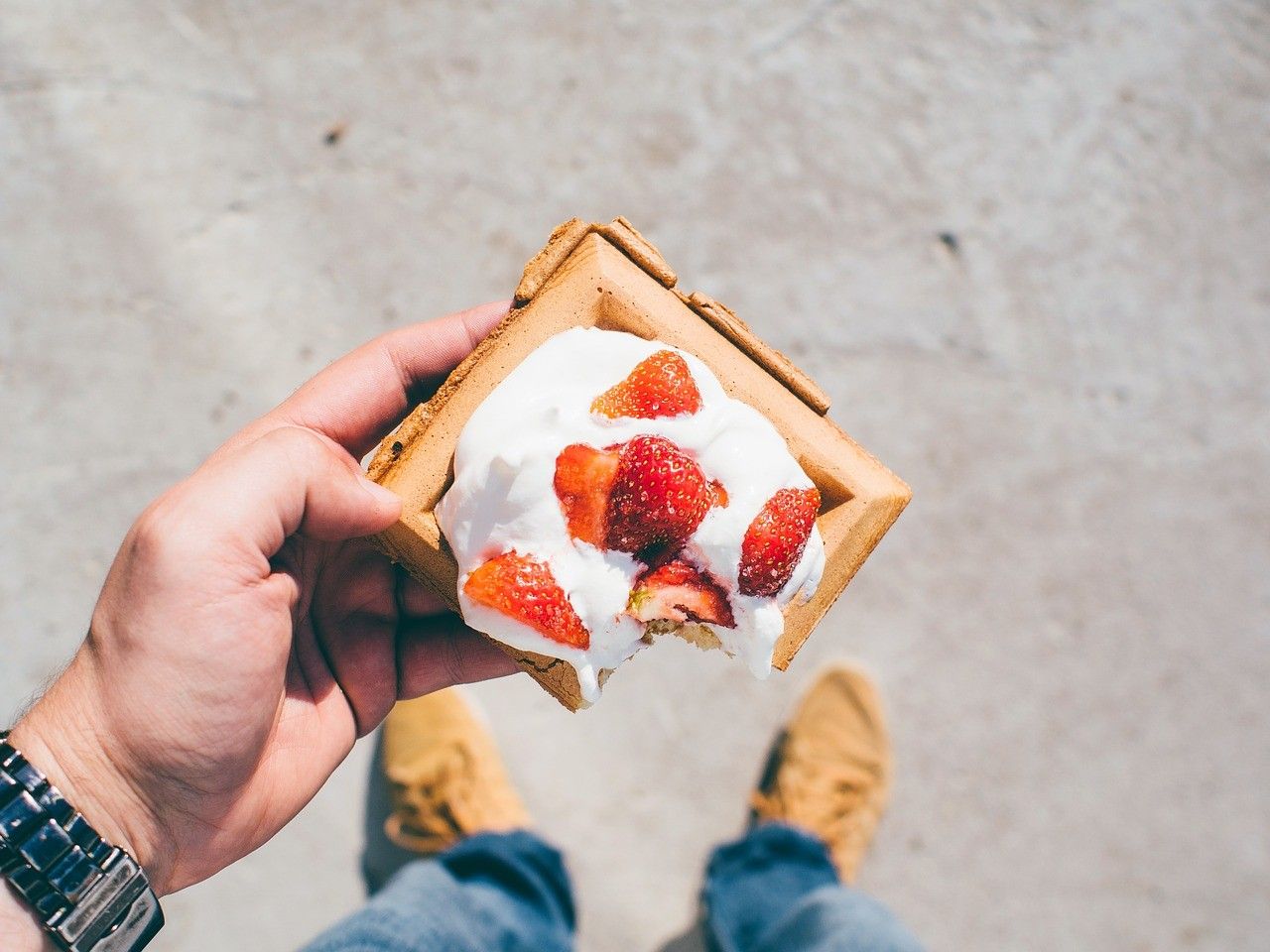 This week, I attended “Controversations”: a Nutrition and Health symposium sponsored by The Dairy Farmers of Canada. Over 300 dieticians and I got a chance to listen to the latest research on many hot button nutritional topics.

What got my attention was Dr. John R. Speakman*’s talk on calorie restriction and longevity. Could eating less really make you live longer?

Calorie restriction (eating less energy than your body’s needs) is an old idea; historical figures like Benjamin Franklin and Francis Bacon thought it could add years to your life. Even today, many people swear by it.

Animal studies show restricting calories while keeping optimal nutrition extends the lives of some species, so why not us? Well, this effect isn’t universal in all animals; in fact, some even lose years off their lives!

Animal studies also show the later in life you start calorie restriction, the less benefit you get from it. If you put this data directly into humans, starting a calorie restriction of 15-30% at 55 would give you a mere 6-12 weeks of added life!

As expected, calorie restriction also makes you hungry. This was found when studying mice, and it’s suggested that this constant hunger pang may even play a role in providing longevity benefits.

So, despite seeing these results in animals, we can’t say the same thing about calorie restriction and longevity in humans.

I’ll leave you with the question that Dr. Speakman* asked us at the end of his talk: “Would you like to live an extraordinary long and healthy life?”

Of course! Now let’s ask that same question in a different way: “Do you want to spend the next 20-40 years being hungry, cold, and with a loss of libido?”
In that case, I much rather have that cake, and eat it too! 😉

Remember, you can restrict calories on a short-term basis without risk of deficiencies, for example when you are trying to lose weight. For the ‘skinny’ on how to do this; check out SOSCuisine’s Meal plans for Smart Weight Loss.

*John R. Speakman is the former director of the Institute of Biological and Environmental Sciences at University of Aberdeen in Aberdeen, Scotland, where he continues to run his research group.

Enthusiastic, passionate, and energetic; my main goals are to educate, provide accurate and useful nutritional counselling and care, and most importantly encourage people to make positive changes in their life.