Grab your chopsticks and reach for the soy sauce!

Originally published in the Journal de Montréal on April 16, 2011.

Soy (or soya) sauce originated in China more than 2500 years ago and it is the condiment of choice in Asian cuisines. It is made from a mixture of fermented soybeans, roasted cereals, water and sea salt. The soybeans are first steamed, mixed with a roasted and ground cereal, and then enriched with fermentation enzymes.

Salt and water are then added to trigger these enzymes into action. When the liquid becomes thick and reddish in colour, it is placed inside a vat for a fermentation period of at least six months, during which it develops its full flavour.

Soy sauce that is produced in this way is transparent and amber brown in colour. Its taste is balanced and it has a spicy aroma.

Unfortunately, the soy sauce that is mostly found in our supermarkets is usually a synthetic product and a pale imitation of the original product. It has neither the same flavour, nor the same nutritional value. In fact, fermentation is replaced here by cooking the soybeans in hydrochloric acid, while the colour, taste and flavour are obtained by adding corn syrup, salt and dyes.

It is therefore important to read the label on the bottle to ensure that your sauce is really made up of natural products, without the addition of dyes or artificial flavours. Asian grocers offer several versions of the sauce, including a low-salt version that is suitable for people with high blood pressure. There also exists a sauce called “tamari”, made exclusively from soy, without any cereal addition, and thus ideal for

A few of our recipes that feature soy sauce: 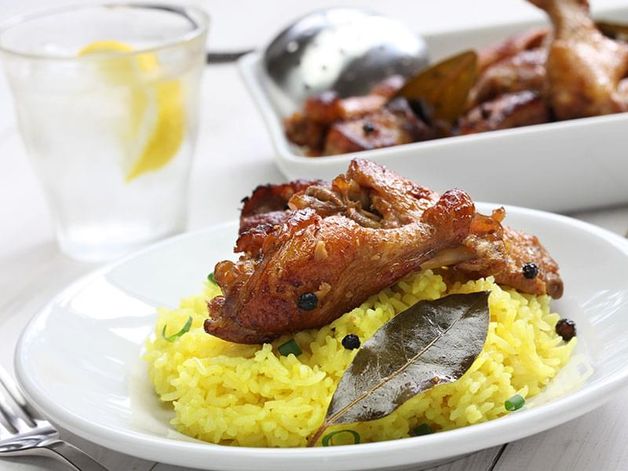