The figure of the ‘mother goddess’ held a very prominent and sacred position in ancient times and was linked primarily to the veneration of fertility and motherhood.

The Greeks had a spring festival for worshipping Cybele, the mother of the gods.

For Ancient Romans, 1st March was the ‘Matronalia’, a festival during which married women bedecked their heads with flowers and went to the temple of goddess Juno with gifts that they had received from their husbands. However these traditions disappeared towards the 4th century with the rise of Christianity.

The modern version of Mother’s Day originated in the early 20th century in the United States, following a suggestion made by a teacher named Anna Jarvis. In 1914, U.S. President Wilson declared that the second Sunday of May should be officially celebrated as Mother’s Day. Other countries also adopted this day and it is now celebrated almost all over the planet, especially because of its huge commercial importance.

Happy Mother’s Day to all the mothers out there!

Try some of these Mother’s Day recipes: 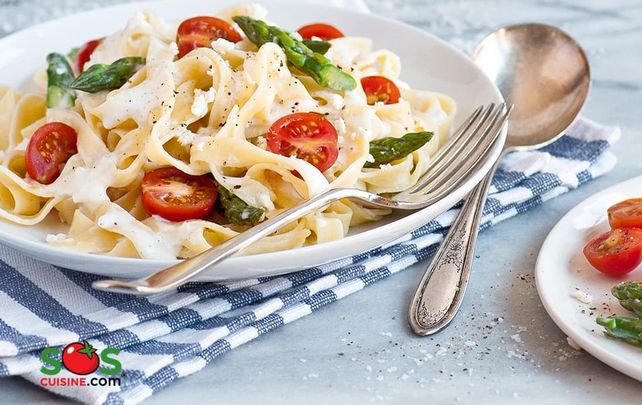 Fettuccine with Asparagus for a Happy Mother’s Day

Originally published in the Journal de Montréal on May 7, 2011.