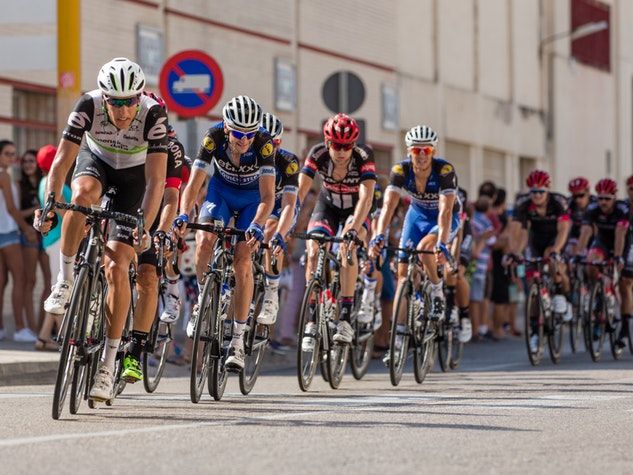 Ketone Supplements, Are They the New Fuel for Athletes?

Ketone drinks have received a lot of attention in the media lately for their potential benefits on athletic performance. It has been reported that they have been used by professional cyclists, for example during the Tour de France. Have we found the next magic fuel? The answer is here!

It has been well demonstrated that ingesting carbohydrates during prolonged high-intensity exercise improves athletic performance. However, carbohydrates are a limited source of fuel. Muscle glycogen stores are limited to about 1600 calories, while fat stores represent about 65,000 calories. Carbohydrates from sports drinks, gels or foods have been shown to be delivered to the muscle at a rate of only 1 g/min, which is equivalent to 240 calories per hour and represents a very small quantity. For example, a cyclist can use up to 1000 calories per hour during several hours, and runner who weighs 70 kg (154 lbs) needs about 3000 to 3,500 calories to run a marathon. This is why there is great interest in looking for a fuel that could be ingested in addition to carbohydrates to help provide more energy to the muscles during exercise.

What is a ketone?

A ketone is a substance that the body produces from fatty acids when carbohydrates are not available to produce enough energy to feed the brain. This process allows our body to survive a period without carbohydrate intake.

The ketogenic diet and its effects on performance

The ketogenic diet, which provides a very low carbohydrate intake (20 to 50 g per day or about 5% of total calories) and a very high fat intake (about 80% of total calories), increases ketone blood concentration levels as well as the muscle’s ability to use fat as an energy source. However, this diet also decreases the capacity of the muscle to use glycogen during exercise. As a result, the ability to maintain high-intensity endurance exercise and anaerobic lactic exercise (maximum intensity exercise for a duration of 5 minutes or less) is limited and the quality of training is affected. Fats are a less effective fuel than carbohydrates because they require more oxygen to perform the same effort. Current studies show a negative effect of the ketogenic diet on athletic performance that includes high-intensity prolonged exercise. In addition, the ketogenic diet can be very restrictive and may be difficult for some to follow in the long run. It is important to note that often, when we look more closely at the diet of athletes who report increases in their performance by following a low-carb, high-fat diet, we notice that they do not fully respect the principles of this diet. In short, although the ketogenic diet can allow the average person to train without difficulty while having enough energy, the lack of carbohydrates will undoubtedly be a limiting factor for a higher level athlete who wants to perform in endurance events that require high intensity efforts, such as a marathon or a triathlon.

Are ketone supplements the solution?

In theory, ketone supplements could be an additional or alternative fuel during physical exercise, without athletes needing to also follow a ketogenic diet. Indeed, they could eat carbohydrates while adding ketones via supplements. It has been shown that a ketone supplement can induce a state of ketosis in the body for three hours after consumption without needing to modify one’s diet. Ketone supplements are available in two forms: salts and esters. Ketone salt supplements require the consumption of large amounts of sodium or potassium, which usually causes gastrointestinal problems. These types of supplements can therefore only be tolerated in small amounts, and it is not known whether this amount is sufficient to exert ergogenic (performance-enhancing) effects. Ketone ester supplements have been developed at Oxford University in the United Kingdom in an attempt to counteract these digestive problems. On the other hand, they are extremely expensive (at about $3000 per liter) and have a bitter taste. HVMN (pronounced human) was the first to commercialize ketone ester beverages under the name HVMM Ketone. The cost is US$99 for three 2.2-ounce (66 ml) bottles. It should be noted that ketone supplements are not regulated, which means that no regulatory organization has evaluated their content, purity, safety and/or efficacy.