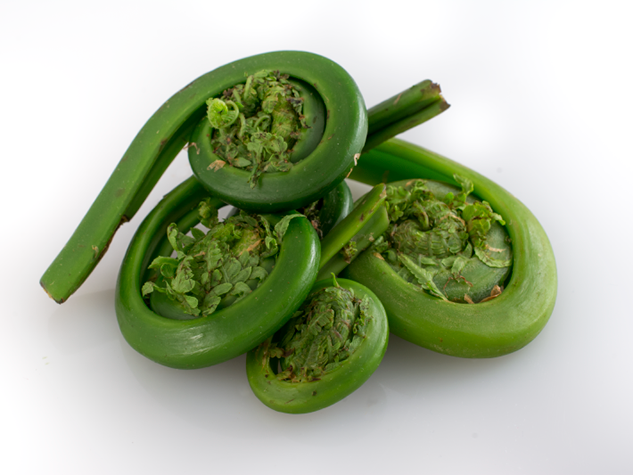 The fiddlehead, also known as crosier, is the vegetable that announces the advent of spring in the nordic countries, because it is the first to grow in the forests and along the riverside, during the month of May. It is actually a young fern rolled up in a tight spiral, which has to be picked before it unfurls and become inedible.

When buying fiddleheads, select ferns that are tightly rolled up, firm and green with brown scales. To remove these scales, rub the scrolls in cold water, wash under running water and soak for 10 minutes. Since they contain a natural toxin that disappears on cooking, fiddleheads must be cooked well before consumption: they can either be blanched or steamed for about 8 to 10 minutes.

American Indian women consumed fiddleheads after giving birth, because of their vitamins and minerals. As for our grandmothers, they used to use it as a vermifuge and tonic. Other than in Canada, fiddleheads are harvested in Scandinavia, Eastern Europe and Russia.

Try our recipes with fiddleheads: 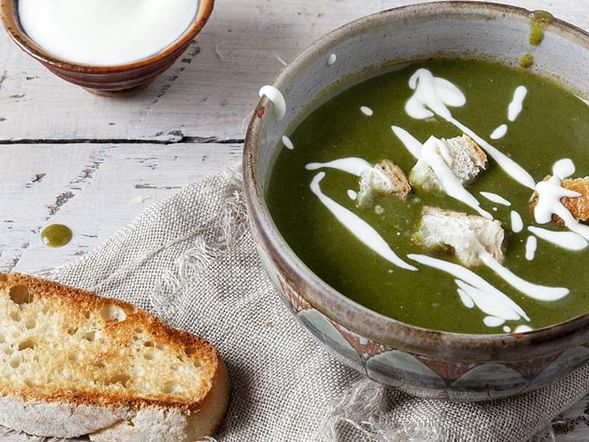 Originally published in the Journal de Montréal on May 15, 2011.