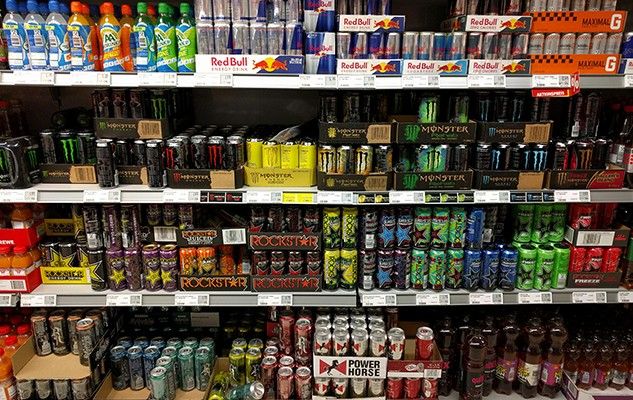 Energy drinks are made up mostly of caffeine and sugar. They also contain other ingredients such as vitamins, minerals, guarana, taurine, ginseng and ginkgo biloba. They’re supposed to improve your alertness, concentration, memory, energy and sports performance, as well as combat fatigue, but these effects are not backed up by scientific evidence. Since their ingredients come from plant extracts, these drinks are presented as natural and healthy. But the truth is they can have undesirable effects on your health.

Energy Drink Ingredients and How They Really Affect Your Health

Caffeine is a stimulant that speeds up the functioning of your central nervous system. You’ll find it in energy drinks, chocolate, coffee, tea, some fizzy drinks, and guarana, a grain containing 2 to 3 times more caffeine than coffee. So, even if the amount of caffeine in an energy drink seems reasonable, you need to add the quantity of caffeine coming from guarana. Too much caffeine can increase blood pressure and cause palpitations, trembling, irritability and trouble sleeping. Some deaths have been linked to energy drink consumption. Children, pregnant women and people at risk of cardiovascular disease are advised to stay away from energy drinks. In general, the recommendation is no more than 400mg caffeine a day for adults (4 cups of coffee per day).

Most energy drinks contain an excessive amount of carbohydrates, which can cause weight gain. For example, a 500ml can of Monster contains the equivalent of 14 teaspoons of sugar and 280 calories. The carbohydrates in energy drinks come mostly from simple sugars which, when mixed with caffeine, can cause a rapid drop in blood sugar and energy. These drinks are therefore not recommended for diabetics. Having a coffee with low GI (Glycemic Index) foods (nut bar, yogurt, whole fruit, etc.) is a wiser choice which will help you obtain the desired results without the energy drop.

Taurine is an amino acid (one of the building blocks of protein) found in several foods, but in lower quantity than in energy drinks. Taurine could possibly increase your alertness, reduce fatigue and prevent inflammation, but further studies are necessary to confirm that. In high doses, taurine can cause hyperactivity and behavioral anomalies like psychotic episodes, and disrupt thyroid function.

Some studies suggest that ginseng could strengthen the immune system, improve concentration and reduce fatigue. However, current scientific studies are not sufficient to confirm these effects. What’s more, most of these drinks don’t specify how much ginseng they contain, which means that we don’t know if the content is enough to provide an effect on the body.

Ginkgo Biloba could have a beneficial effect on memory and concentration, but studies remain controversial. What’s more, you need to be careful because this supplement can interfere with anticoagulant medication like Coumadin, and anti-inflammatory medications like aspirin.

Some studies suggest that consuming energy drinks before or during exercise could have beneficial effects on endurance and strength, as well as on reaction time and alertness. However, these effects are mostly due to their caffeine and carbohydrate content. The real effects of the other substances found in these drinks remain unclear. Also, people respond differently to caffeine. There is a genetic predisposition to caffeine which means that some people feel very stimulated whilst others hardly feel any of the effects.

Instead of reaching for an energy drink, here are 5 tips to beat fatigue during the day: