Monkfish belongs to the anglerfish family. Supposedly it earned its name because people refused to purchase them and local monks would go down to the docks and collect them.

It is a rather unsightly looking fish, which sometimes earned it the nickname “toad”. Barely a century ago, the monkfish caught in fishing nets were thrown back into the sea because their repulsive appearance made them look like monsters that brought bad luck. Nowadays, commercial fishing has solved the problem by selling it headless.

Yet this hideous fish really tastes delicious. Its fine and firm flesh and delicate flavour are similar to those of crawfish or lobster. And the best part is that monkfish is a breeze to prepare because it has no bones, just a thick backbone that is easily removable.
That said, Greenpeace has placed monkfish on its red list and recommends that its consumption should be discontinued until its survival is ensured. So it is better to replace this “poor man’s lobster” with shrimp or real lobster in any recipe that calls for it.

Try our recipe for Greek-Style Monkfish 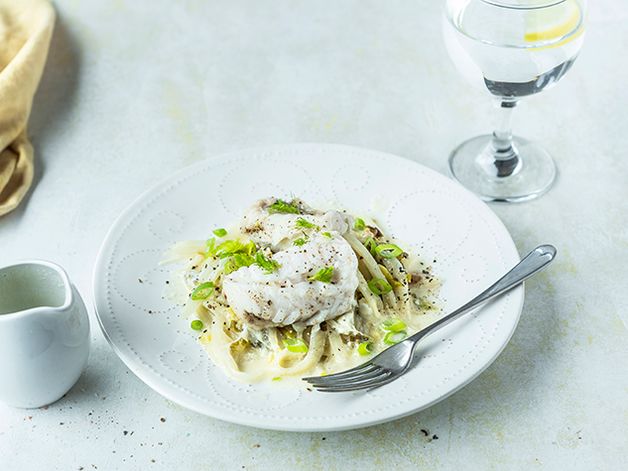 Originally published in the Journal de Montréal on July 21, 2012.

Sorry, you’re wrong. It has the name because it has a similar texture to lobster when cooked.