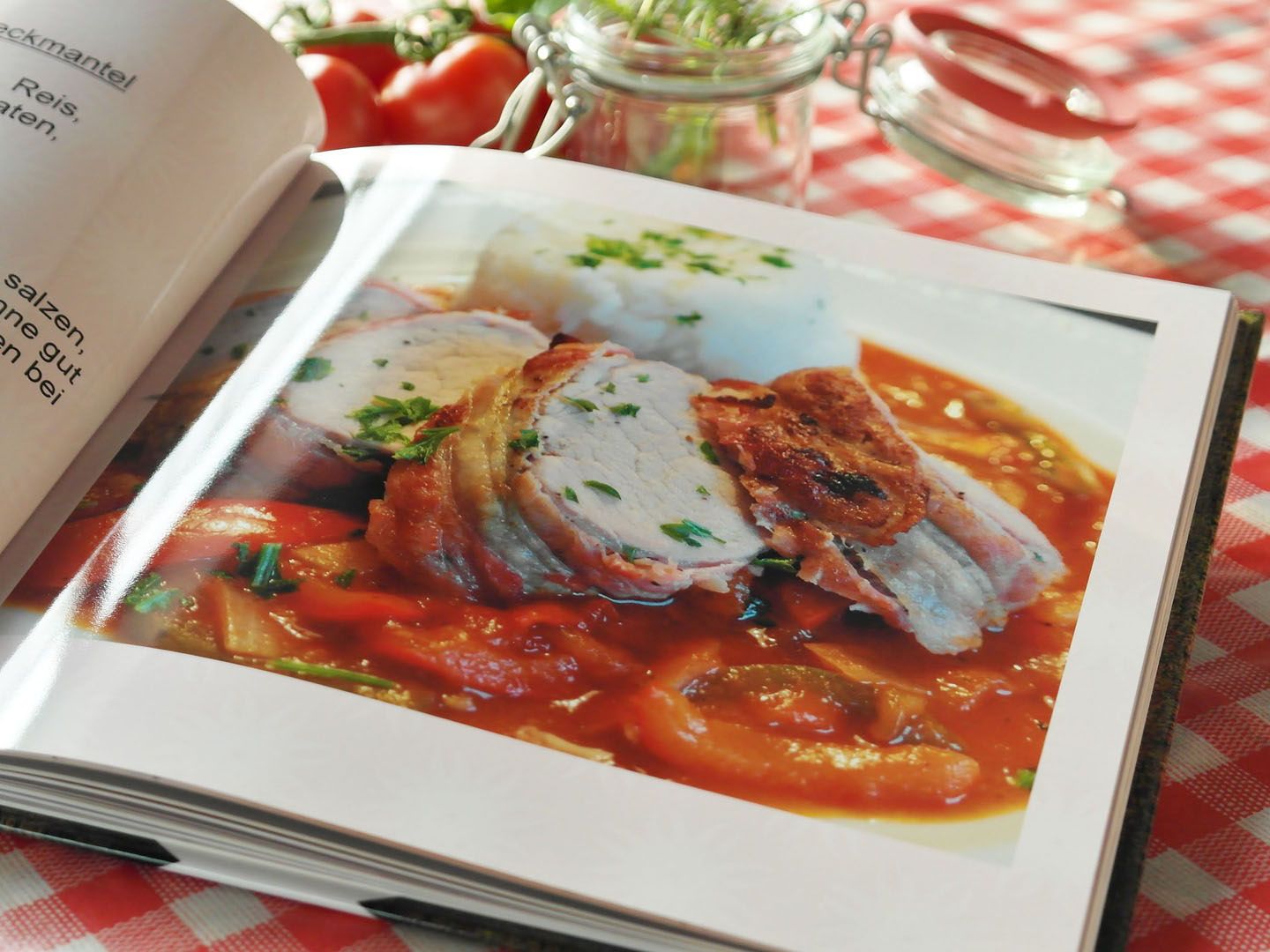 The first edition was very innovative both in content and illustrations, with St. Martha of Bethany, the patron saint of cooking, slaying a dragon on the cover.

In print continuously since 1936 and with more than 18 million copies sold, this book is still the backbone of many home cooks’ libraries. Though some of the sections may feel dated to the contemporary palate, many home chefs still find it a useful reference and it is still widely consulted.

Do you remember the movie Julie and Julia? Beautifully portrayed by Meryl Streep, Julia Child (1912-2004) is known for how she interpreted and translated French cuisine in a way easily understood and undertaken by Americans. A larger than life gastronomic tv star, she’s iconic in the United States.

It was with Simone Beck and Louisette Bertholle, two colleugues from the Cordon Bleu, that she conceived her celebrated cookbook, Mastering the Art of French Cooking. It would be a revelation, and still is today, for the American public. Thanks to her work, it’s easy to get lost in Ms. Child’s cuisine, learning the basics of beef bourguignon or tips on the perfect at-home croissants.

Inspired by the cookbooks of the past and family recipe collections, this book has itself become a classic. If you don’t know much about Canadian cuisine, and want to get past the stereotypes of crispy bacon and sweet maple syrup, Elizabeth Baird’s 300 recipes drawn from Canada’s many culinary traditions will help you experience the possibilities offered by Canadian produce.

These 3 books from 3 prominent ‘Canadian Living’ writers have provided a modern twist on traditional cuisine. They’ve sold millions of copies, introducing concepts such as “healthy eating” despite our contemporary busy lives.

The well-known New York Times food columnist, Amanada Hesser has cooked and updated more than 1,000 recipes, each made special by her witty and fascinating headnotes. Ideal for a new cook, her book explains everything from how to roll out dough to how to slow-roast fish.

Last but not least, nobody can forget this book, a veritable bible for Italian cooking.

With 2000 simple, authentic recipes adapted to modern cuisine, in Italy it has been the bestselling cookbook for the past 60 years. Antipasti, sauces, vegetables: the recipes and the techniques are presented with precision by ingredient and by types of dishes.

Brash cooks can take on menus from some of the greatest Italian chefs, which can be found in the revised English edition (Nov 2011).

And what about yourself? Which of the many cookbooks do you swear by, and why? And is it worth owning more than one?

My cooking bible is “How to cook everything ” by Matt Bitmann. All the basics with plenty variations. Menu suggestions. Everything is in there. No pictures….. still my preferred book.