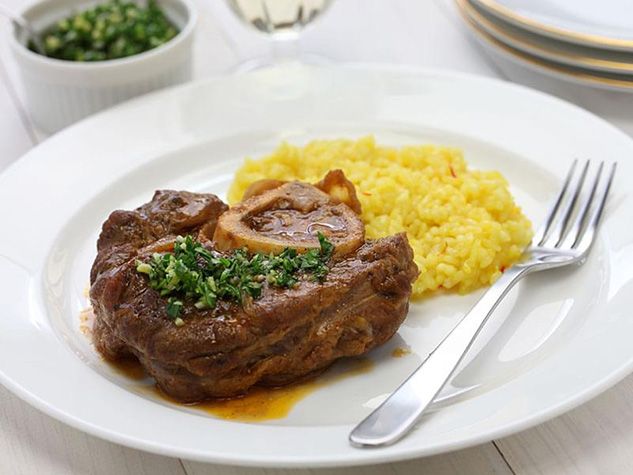 “Ossobuco”: the ace is in the hole!

Ossobuco (also known as osso buco) or veal shanks, is a classic Italian dish that originated in Milan and it literally means “bone with a hole”. It is made from slices of veal shanks (preferably from milk-fed veal) with bone and marrow, braised languorously in a sauce of white wine and tomatoes, and is often served with a saffron flavoured risotto.

This recipe can be prepared in advance and can be reheated in the oven at the last minute. Just before serving it, prepare the “gremolata” (a garnish of minced parsley, garlic and lemon zest) and sprinkle it on the shanks to give it a nice fresh flavour.

According to food experts, the best part of the Ossobuco lies… in the hole, because the marrow there is exquisite to taste. It partially dissolves during cooking, thereby contributing to the flavour and consistency of the sauce. The Milanese even designed a special implement to extract the marrow by scraping the bone dry, that they jokingly called the “tax collector”! 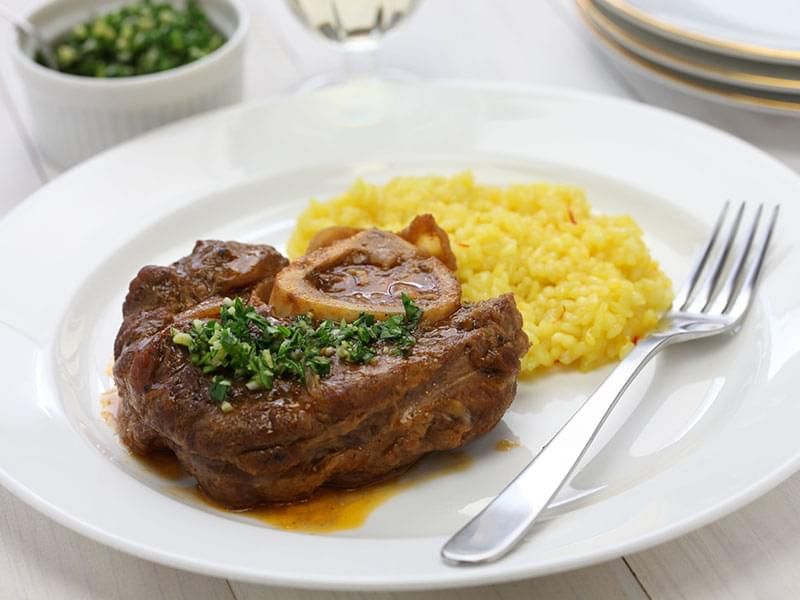 Originally published in the Journal de Montréal on December 2, 2006.

Is this Italian dish always made with veal shank? I noticed in the stores pork shank sold as Osso Buco. Will the dish be the same or is there another recipe which must be used with the pork?

In Italy this recipe is made almost exclusively with veal. However, it may be used with pork. The taste will be different but very good as well .