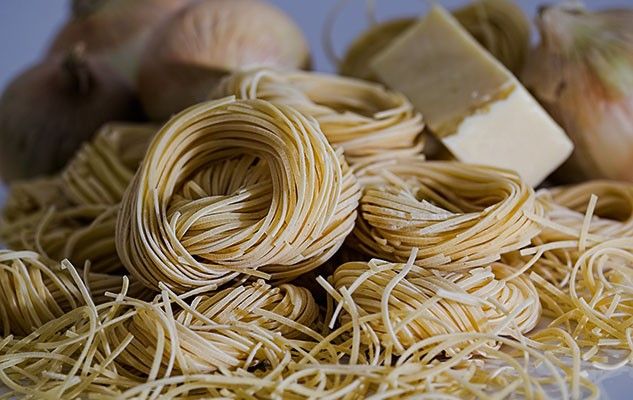 The origin of pasta is a matter of speculation, with many countries, including China and Italy staking their claim. According to a pretty well-known and controversial legend, pasta was introduced in Italy at the end of the 13th century by Marco Polo, upon his return from China. However, noodles made from buckwheat, rice and soya had existed in China for a long time, a fact that was recently confirmed by a discovery along the banks of the Yellow River in northwest China, of the world’s oldest pasta products, made from millet which were over 4,000 years old.

Whatever the case, one thing we know for sure is that the first industrial production took place in Naples at the beginning of the 16th century. But pasta products only began to spread to other places during the 19th century, following the discovery of a drying process that allowed them to be better preserved. In the West, good quality pasta is prepared with durum wheat, which has high protein content and is rich in gluten and low in starch. This results in pasta that withstands cooking better, and remains firmer and less sticky.

In regards to the production, wheat grain is first ground into semolina or flour and then mixed with water. Next, this kneaded dough is fed into a pasta-making machine. The diversity of pasta shapes arises therefore from the large variety of these pasta-making machines.

Believe it or not, the shape of the pasta influences its taste, because of the way in which it binds with the sauce. Purists believe that each type of pasta has its own type of sauce!

As for me, I invite you to follow your inspiration, but please don’t rinse pasta after cooking. Not only would it cool down, it would more importantly lose the starch that is so essential for binding with the sauce.

Try one of these pasta recipes: 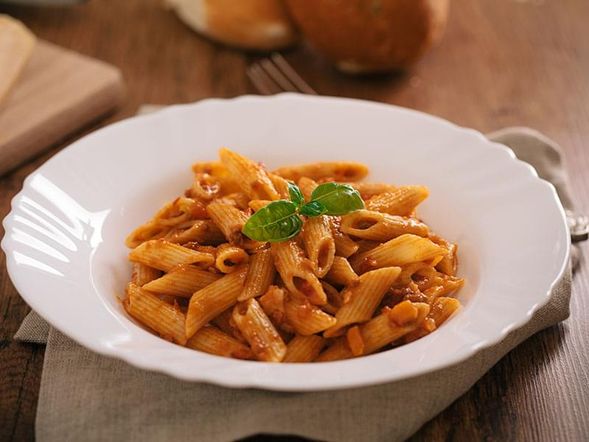 Pasta in a Bolognese Meat Sauce

Originally published in the Journal de Montréal on April 24, 2010.