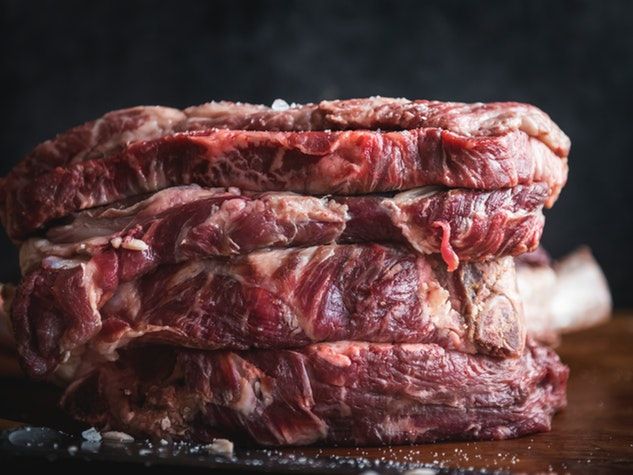 Red Meat and the Risk of Colon Cancer

It is well known that a high intake of red meat is harmful for heart health and for the planet. However, there seems to be a debate going on regarding its effect on colon cancer. Let’s shed light on the subject!

What do studies say?

A recent prospective study investigated the relationship between the consumption of certain foods and the risk of colon cancer in half a million subjects in the United Kingdom over a period of six years. The results suggest that people who eat red meat and processed meat four times or more per week have a 20% higher risk of colon cancer as compared to those who eat it less than twice a week. Alcohol intake is also associated with a higher risk of colorectal cancer, whereas the consumption of whole grains is associated with a lower risk.

A group of researchers collectively re-analyzed the existing reviews of the relationship between meat consumption and health and stated that reducing red meat intake would lower cancer mortality by seven deaths per thousand people, which they consider to be a modest drop. They recommend that most people can continue to consume red meat and processed meat at their average current consumption levels.

Most nutrition studies are “observational”, that is, they follow people over time and try to record what they eat. Those studies can’t determine if eating red meat causes cancer, but they suggest that eating less red meat can reduce the risk of cancer. Regardless of whether the risk of cancer is diminished by a little or a lot, everyone agrees that it is diminished if we eat less red meat. In addition, the idea is not only to eat less red meat and processed meats, but rather to eat more plant-based foods, which exert a protective effect against cancer. The type of meat chosen should also be considered, for example the cooking method, the amount of fat and the presence of additives such as nitrites.

What is “red meat” and “processed meat”?