Originally published in the Journal de Montréal on September 23, 2006.

The skate is a large sized fish, shaped like a flattened diamond that lives on the seabed. It is easily recognizable in the aquariums due to its large, slow and wavy movements.

The skate made headlines a few years ago, because it was the poisonous sting of a skate (or stingray) that killed the most famous crocodile hunter on the planet, the Australian Steve Irwin. But don’t worry, you can eat this fish without any fear, as its firm flesh and scallop-like taste grows on you.

Usually, only the wing-shaped fins of the skate are eaten, as they are boneless, but with a cartilage that can be easily removed. The traditional way of preparing the fish is to poach it and serve it accompanied by ‘black’ butter.

Try our recipe for Skate with “Black” Butter 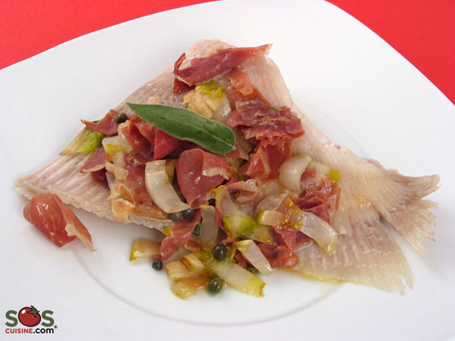