Spelt is back in style

Spelt is a rustic cereal of the genus Triticum (a variety of wheat), which was formerly the staple diet of Latin populations.

Once other varieties of much better cereals such as common wheat, corn and rice were introduced, spelt cultivation gradually declined until it almost completely faded away.

r
It owes its current born-again status to its valuable dietary properties, and has become a “star” food among organically grown crops because it is a hardy plant that is not only resistant to cold and disease, but also requires no fertilizers or pesticides.

Often referred to as the “caviar of grains”, spelt has a pleasant nutty flavour, with a slightly crunchy texture. Though it is mainly used in soups, it can also be excellent in cold salads and as an accompaniment like “faux risotto”.

Try some of our recipes that are featuring spelt: 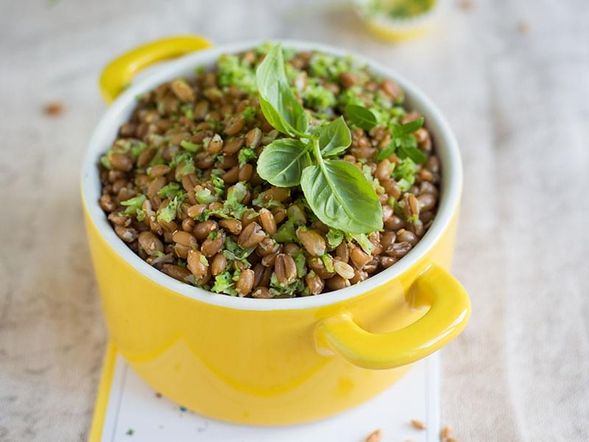 Originally published in the Journal de Montréal on July 6, 2013.