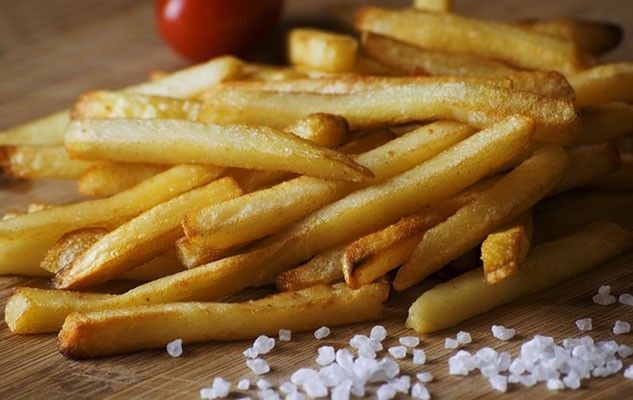 There’s still too much trans fat on your plate

Trans fats garnered loads of publicity in the early 2000s and with good reason. The scientific community unanimously agrees that these fats have a harmful effect on cardiovascular health. What’s more, with the exception of dairy products, these fats are found primarily in ultra-processed and nutrient-poor foods, which certainly doesn’t help their cause.

To be honest with you, I thought that trans fats were a thing of the past. From 2000 to about 2007, everyone was talking about trans fats. All the various studies that addressed this issue only served to urge people to completely eliminate them from their diet. Incidentally, the federal government had also set up a working group in order to assess how and to what extent trans fats should be banned.

The decision was announced on June 20, 2007 by the Minister of Health: the agrifood industry as well as restaurant owners were strongly urged to limit the amount of trans fat in foods. Although this approach was “voluntary”, it was obvious at the time that if targets were not met within 2 years, i.e. by 2009, Santé Canada would impose reductions through regulations. The industry reacted strongly and realized that it had to adjust. In April 2008, the Conseil de la transformation agroalimentaire et des produits de consommation (CTAC) also published a guide to assist its members in the process of reducing trans fat.

In fact, I still clearly remember one of my univ profs saying in 2007 that she could probably stop talking about trans fats in her classes one day, thanks to federal regulations which would inevitably kick in.

As I was saying, I was certain that trans fats were a problem of the past. Once regulations were announced, everyone (including me) moved on to other things and media attention began to focus successively on antioxidants, quinoa, kale, gluten, and most recently, on sugar.

But now, according to a government report from 2010 that my informant (who preferred to remain anonymous) obtained through the Act on access to information, although about 75% of foods seem to respect the limit and though the trans fat intake of the population has declined, the Canadian trans fat intake is still higher than the recommendation of the World Health Organization, i.e. 1% of total energy intake. The report also stated that children aged 1 to 8 years consume proportionally more trans fat than adults.

In short, industrial trans fats still exist, despite the fact that they serve no purpose and are harmful. Although Health Canada has had this information since 2010 and even though the government agency had warned that it would impose reductions through regulations if targets were not met, no regulations have been put in place to limit trans fats in food sold to Canadians.

What can we do?

According to the 2010 report, the main sources of trans fat in the Canadian diet are margarine, shortening and baked goods. Since restaurants are not required to display the trans fat content of the food they sell (unlike food sold in grocery stores that must display it compulsorily), several major chains still sell food with large amounts of trans fat. So you know what to do if you want to avoid them!

Bernard Lavallée is a nutritionist and author of the blog Le Nutritioniste Urbain. Specialised in communication and popular science, he has worked at Extenso, where he is frequently asked to comment on news and trends in nutrition for various media, since 2011. His goal is to use all forms of communication to reach consumers.