The turkey is believed to have descended from a small dinosaur species that lived on the planet about 10 million years ago. Originating in North America, it was domesticated by Native Americans who appreciated not only its edible flesh but also its feathers for making clothes.

This bird suffered from a mistaken identity when Spanish conquerors introduced it to Europe in the 16th century as guineafowl or ‘Turkey fowl’ (guineafowl was imported into Central Europe through Turkey, hence it was given the name of the country). However the turkey as we know it today is neither actually a guineafowl nor does it have any connection to the country after which it has been named. From Europe, this bird went everywhere except to the Far East, where it was never adopted.

As turkey is high in protein and low in fat, it figures prominently in a balanced diet. The jury is still out on whether to select smaller (5 kg or less) or larger turkeys: The small ones have a more tender flesh, but the larger ones are much tastier.

Special care should be taken with birds whose flesh is impregnated (“seasoned”) in order to tenderize it, because good quality fats are not always used in this type of preparation. It is to better select a natural (unseasoned) turkey and soak it in brine for a few hours, as explained in this week’s recipe below.

Try our recipe for Turkey Roast with an Orange-Cranberry Sauce 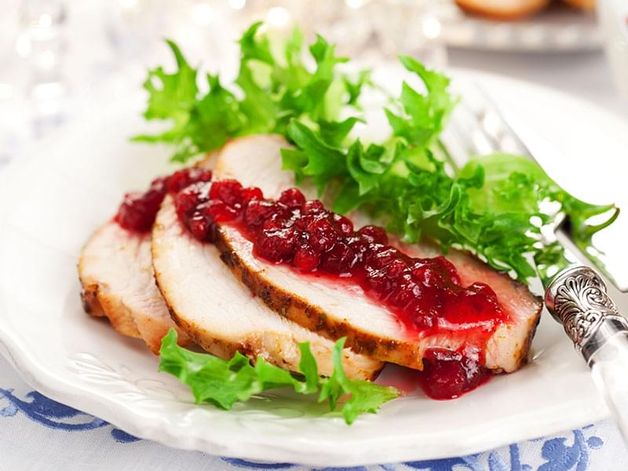 Originally published in the Journal de Montréal on November 5, 2011.