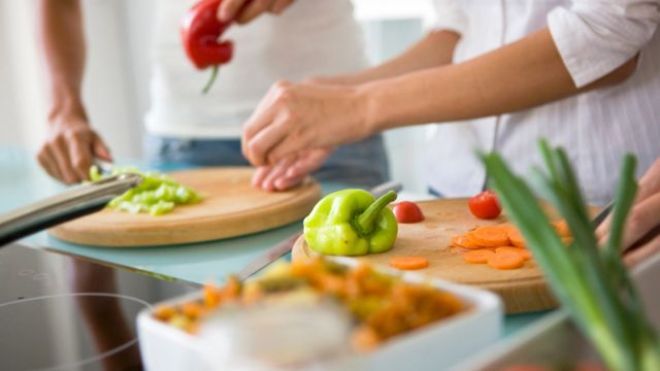 The statistics around Alzheimer’s disease are far from encouraging. They predict that within 15 years, around 1 million Canadians will be affected by a cognitive disease. Wouldn’t it be good if there existed a type of diet that would enable us to prevent neurodegenerative diseases like Alzheimer’s?

It may seem too good to be true, but there is some scientific evidence proving that a vegetarian diet could reduce the risk of Alzheimer’s and other neurodegenerative diseases. Let’s take a look at this and other potential solutions.

As with most illnesses, several factors are involved in the development of Alzheimer’s disease. Some, like genetics, age and environment, cannot really be changed. Others, however, can be influenced and diminished if you take action. I’m talking about lifestyle. By lifestyle, I mean regular exercise, a good diet, and not smoking.

Some studies have linked certain factors associated with a vegetarian diet with a reduced risk of developing cognitive diseases. These are:

The daily consumption of several portions of fruits and vegetables combined with the intake of legumes, nuts, seeds, and whole grains explains these various preventative factors.

A Cause for Concern?

All types of restrictive diet come with their own risks. When it comes to vegetarianism, there is a risk of certain vitamin and mineral deficiencies due to the avoidance of meat, poultry and sometimes fish. Among the most at risk, Vitamin B12 has been the object of a study given its possible role in the prevention of neurodegenerative diseases. Indeed, in populations with low levels of vitamin B12, there is a higher risk of developing Alzheimer’s disease.

On the other hand, in vegetarian populations where vitamin B12 levels are adequate, a preventative effect on cognitive disease is observed. How can you ensure you get all the vitamins and minerals you need? Simply with a little planning and by following our vegetarian meal plans that are guaranteed without deficiencies.

It should be noted that eating fish (especially oily fish) is associated with preventing the development of Alzheimer’s disease. Fish owes this property to the omega 3 it contains. Do you want a mostly vegetarian diet while still eating fish and poultry? Our Alzheimer’s disease prevention meal plans are ideal for you.

Scientific studies suggesting the vegetarian diet preventative effects on Alzheimer’s disease exist. However, they are not numerous enough to enable us to recommend it officially. It is always a good idea to eat as varied a diet as possible, and to reduce your consumption of meat. Our preventative meal plans are here to give you a helping hand!