Once upon a time, buckwheat was the most commonly consumed grain by farmers and the working classes across North America, but at the turn of the 20th century, it lost ground to other cereals.

But elsewhere in the world, it continued to be consumed regularly: notably in China, Korea and Japan in the form of noodles, while in Russia and in Eastern Europe its flour is used for pancakes (including the famous “blini”) and the shelled and roasted grain (kasha) for making groats, salads and savoury dishes.

Over the last decade, the trend of gluten-free foods has brought this grain back into fashion. Yet there are other nutritional reasons for including it in our menu, because it has a high level of protein, soluble fibres and antioxidants. Another good reason to adopt buckwheat is its low FODMAP* content.

Buckwheat even has a prebiotic effect, i.e., it seems to contain an indigestible substance that stimulates the growth and activity of good bacteria in the gut.

But it is mostly its rich hazelnut flavour that’s pleasing to the palate. So let’s try to make this local product a part of our menu.

Try our recipe for Buckwheat Pancake with Smoked Salmon. 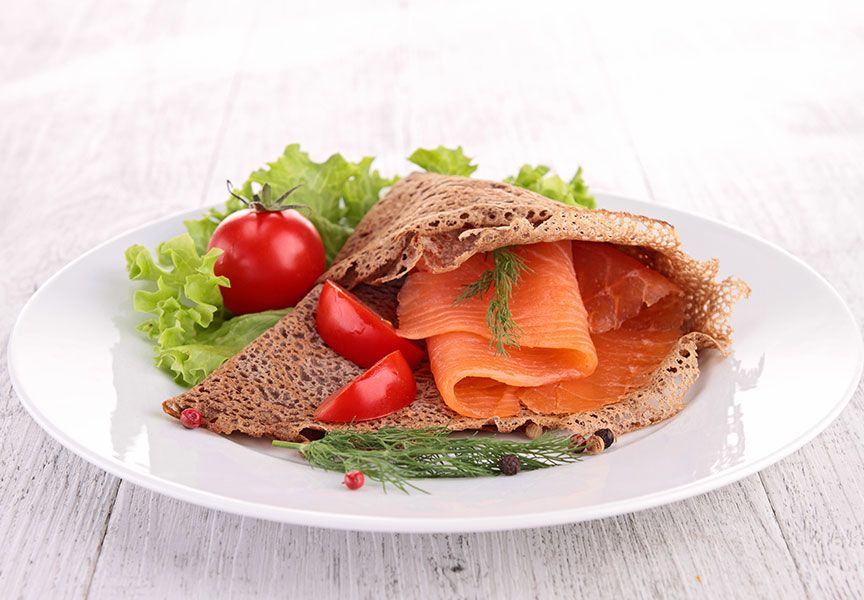