Where exactly does ‘Chili con Carne’ come from?

Originally published in the Journal de Montréal on June 24, 2006.

Contrary to popular opinion, this is not a Mexican dish, but rather the national dish of Texas, also known by the people over there as ‘the red bowl’.

The Spanish name of this dish means ‘Chile with meat’. In fact, in the beginning it only contained meat, peppers and tomatoes; it’s only much later, and that too, only outside Texas that beans were added to it.

Each Texan family claims to own the ‘real’ recipe. To decide between all these versions, the International Chili Championship takes place each year in the town of Terlingua. Who knows, perhaps one day I’ll even enter my own version that I’d like to share with you this week. 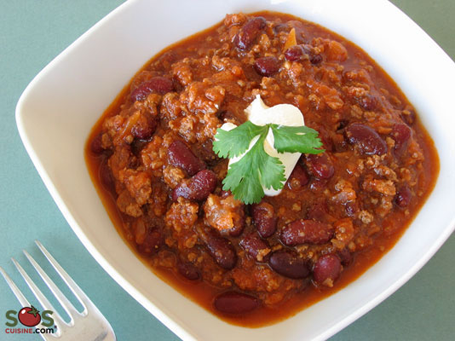