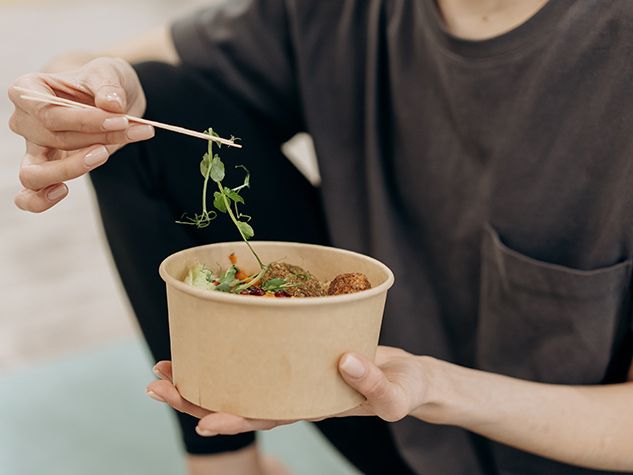 Whether from scientists or the general public, it is possible to observe a growing interest in the effects that hormones can have on our weight. In light of this new infatuation, diets have emerged that are aimed at rebalancing hormones.

Hormones are substances created by the endocrine glands. They act as chemical messengers in the body and play a role in many different functions. They control growth, sleep, metabolism, hunger, etc. This article will discuss in more detail some of the hormones that regulate our appetite.

We call them anorexigenic or appetite suppressant hormones, which are the hormones that send us, among other things, signals that contribute to the feeling of satiety, i.e. the feeling of having eaten enough after a meal. These hormones include leptin, CCK, GLP-1 and PYY.

Leptin is mostly produced by adipocytes, which are cells that store fat. When food is consumed, the level of leptin in the blood increases and this has the effect of decreasing the appetite. Several studies suggest that obesity is associated with elevated levels of leptin and that there may be a possible resistance to it.

Cholecystokinin (CCK), which is secreted as a response to fat and protein ingestion, causes the gallbladder to contract and to decrease gastric emptying (which is the rate at which the stomach empties its contents into the intestine). A slower gastric emptying therefore decreases the appetite.

GLP-1 is a gastrointestinal hormone that has the effect of delaying gastric emptying and thus increasing the feeling of satiety. This hormone is released into the bloodstream following the ingestion of food.

The peptide YY (PYY) hormone is also created by the intestine in response to food consumption. The PYY hormone increases satiety.

Some types of diets aimed at hormonal rebalancing suggest that different foods or food groups such as alcohol, gluten-containing foods, milk products, caffeine, red meat, certain oils, etc. are eliminated in order to help balance the hormones that are thought to be responsible for being overweight. These diets are divided into different phases, aimed, among other things, at detoxifying the body.

When a diet indicates that it has detoxifying effects, it may also be relevant to remember that it is the liver and kidneys that are responsible for eliminating waste from the body. Unless they suffer from certain diseases, these organs generally don’t have any difficulty in carrying out their work.

Also important to note is that hormones are affected by a multitude of factors other than diet. In addition, the way in which our hormones can influence our weight is complex and there is little scientific evidence to support these types of diets, which are often very restrictive.

The way in which our appetite is regulated is therefore very complex and involves different signals from the intestines, adipose (fat) tissue, and the brain, in particular. The mechanisms are so complex that further studies are needed to identify in more detail all of the physiological mechanisms involved in an excess of adiposity (fat).

Here are some dietary strategies that can help to increase satiety and the recognition of such at meals:

Eating more slowly makes it possible to be more attentive to the feeling of satiety induced by the secretion of anorectic hormones, i.e. the hormones that reduce the sensation of hunger. This is why it is recommended to take 15 to 20 minutes per meal. Taking the time to eat also facilitates digestion. Indeed, the first stages of digestion begin in the mouth; saliva contains enzymes that initiate the digestion of carbohydrates. To learn how to chew your food better you can read the following article: 5 tips for better chewing and better digestion.

Fibers promote, among other things, regularity and satiety. Foods that are rich in fiber require more mastication. Think of fruits, vegetables, nuts, seeds, or brown rice for example. In contrast, ultra-processed foods such as soft drinks, french fries, pizza, and sweets are quickly chewed up. These foods are also not very nutritious and are high in calories. A diet rich in fiber is associated with better weight control. Dietary fiber can decrease the rate of gastric emptying, i.e. the rate at which the stomach evacuates its contents into the intestine. A decrease in the rate of gastric emptying induces earlier satiety. Fiber also decreases the rate at which nutrients are absorbed, which helps reduce blood glucose and fat levels after meals.

Several studies suggest that proteins are the macronutrient with the highest satiety potential. Several mechanisms contribute to this feeling of satiety. Among other things, the presence of amino acids in the gastrointestinal tract induces the secretion of different hormones with an anorectic potential.

It is important to note, however, that most Canadians are more than meeting their daily protein needs. It is rather the daily distribution that can be inadequate. In North America, it is customary to consume toast or cereals for breakfast, even though most of these foods contain little protein. Examples of protein-rich foods to incorporate into your breakfast could be eggs, Greek yogurt, nut butters, seeds, soybean flakes etc.

In short, future studies may make it possible to issue dietary recommendations related to hormones and weight. Until then, it is premature to claim that eliminating certain foods or food groups could directly target the hormones responsible for weight control. If you want to lose weight, subscribe to SOSCuisine’s weight loss meal plans which are rich in fiber and protein which will help you to feel full.

* Miquel-Kergoat and coll (2015). Effects of chewing on appetite, food intake and gut hormones : A systematic review and meta-analysis. Physiology and Behavior. 151: 88-96.

A registered dietitian from the Université de Moncton, N.B., Alexa likes to stay up to date with new trends in nutrition and is committed to demystify what is true and false based on scientific evidence. Whether it is for nutritional advice related to gastrointestinal problems, weight loss or cardiometabolic diseases, she will be able to inform you properly. Alexa successfully completed the FODMAP certification from Monash University.