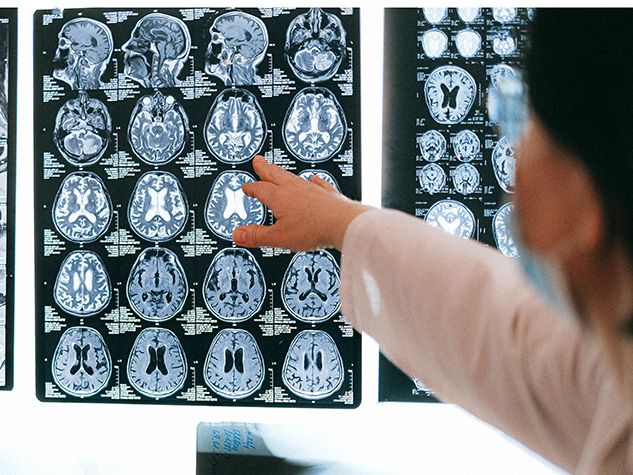 It is estimated that nearly one in five Canadians over the age of 65 experience symptoms of mild cognitive impairment, such as memory loss, and impaired judgment and thinking skills. In the long term, about 50% will develop a neurodegenerative disorder, most often Alzheimer’s disease. Could ketone supplements help slow down cognitive decline? The answer is in this article!

What is a ketone body?

A ketone body is a substance that the body produces from fatty acids when carbohydrates are not available to produce enough energy to nourish the brain. This allows the body to survive a period of time without carbohydrate intake. Research indicates that interventions that increase ketone bodies levels in the blood may help slow cognitive decline. In neurodegenerative disorders related to aging, such as Alzheimer’s disease, the cerebral metabolism of glucose deteriorates gradually, specific to the region of the brain and the disease. Thus, the brain’s ability to use carbohydrates decreases, which has the effect of “starving” its neurons. Ketone bodies can be used to fill the lack of glucose supply to neurons and thus delay the eventual death of the neurons.

There are three main ways to increase the amount of ketone bodies in the blood (apart from fasting for several weeks):

The strict ketogenic diet, which includes a very limited intake of carbohydrates (20 to 50g per day, or about 5% of total calories) and a very high intake of fat (about 80% of total calories), causes an increase of ketone bodies in the blood. However, this diet is often hard to follow and  adherence is low in the long term. In addition, the ketogenic diet can cause adverse effects such as gastro-intestinal disorders, weight loss (which should often be avoided in the case of neurodegenerative diseases), hyperlipidemia, and vitamin and mineral deficiencies.

MCT dietary supplements may also have the advantage of inducing ketosis without the need to change one’s diet. This occurs relatively soon after ingestion, as this type of fatty acid is absorbed directly into the portal vein and quickly converted into ketones in the liver. The MCTs with the greatest ketogenic properties are caprylic and capric acid, which are found in coconut oil and palm oil. However, the concentration of these fats is relatively low in these oils, and interventions with coconut oils only modestly increase ketone body levels. Products with higher concentrations of caprylic and capric acid have been developed to induce a greater increase in ketone levels.

What the studies show

A growing number of studies are looking at the effects of different ketogenic approaches on neurodegenerative diseases, particularly Alzheimer’s disease. Small and medium-sized clinical studies suggest a positive effect of ketogenic interventions on Alzheimer’s disease, with most evidence demonstrating improvements in cognitive function related to language and memory. No large-scale clinical studies are currently available. When it comes to Parkinson’s disease, several animal studies have demonstrated neuroprotective effects of ketosis, but very few human studies have been conducted to date.

A recent randomized controlled clinical study involving 83 participants with mild cognitive impairment was conducted at the University of Sherbrooke. The subjects were divided into two groups and drank either a ketogenic drink containing 15g of medium-chain triglycerides (MCTs), or a placebo drink, for 6 months. Thanks to neuroimaging, it was possible to observe the ketones being used in real time for about three hours following the ingestion of the  ketogenic drink. Participants who consumed the ketogenic drink filled a third of their brain’s energy deficit with glucose. The study showed that taking this beverage daily for six months can improve all five areas of cognition, namely executive function, memory, and language, in people with mild cognitive impairment when compared to a control group. The drink in question, BrainXpert, is marketed by the Company Nestlé and is currently available in Europe. It is expected to be available in Canada and The United States in the near future. The main side effect reported following the ingestion of this drink is a stomach ache.

In conclusion, although the results of studies are promising, further studies with a larger number of subjects and over a longer time period, are needed to assess the effects of ketone bodies on brain aging.

One Response to “Ketone Bodies To Slow Down Brain Aging?”