UNESCO representatives are currently gathered in Nairobi (Kenya) to evaluate 51 cultural candidacies, in order to confer the ‘Intangible Heritage of Humanity’ status upon the chosen one.

It is much more than just a diet; it is a way of life, for it symbolizes the pleasure of eating as well as happy mealtimes that are both important social moments that have either been largely neglected or even forgotten in many western countries. This is why we talk about cultural candidacy.

Even though there may be a variety of dietary patterns among the Mediterranean countries, certain commonalities do exist however: High consumption of vegetables and fruits (fresh as well as dry), bread and/or cereals; low amounts of red meat and the occasional white meat (poultry) or eggs; regular consumption of fish; abundant use of olive oil; moderate consumption of red wine, mostly during mealtimes.

Over the last 50 years, many scientific studies have established a direct link between the dietary patterns of certain Mediterranean populations and a long life expectancy, as well as a very low rate of coronary diseases. Which just shows that the Mediterranean diet unites gastronomy and good health!

Try one of our Mediterranean-inspired recipes: 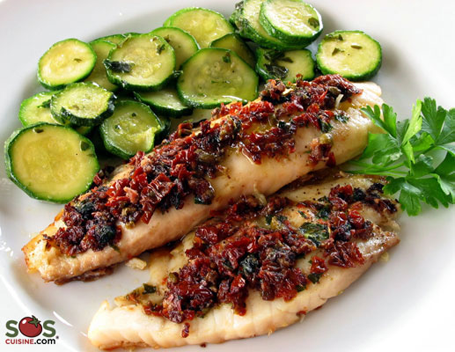 Originally published in the Journal de Montréal on November 20, 2010.