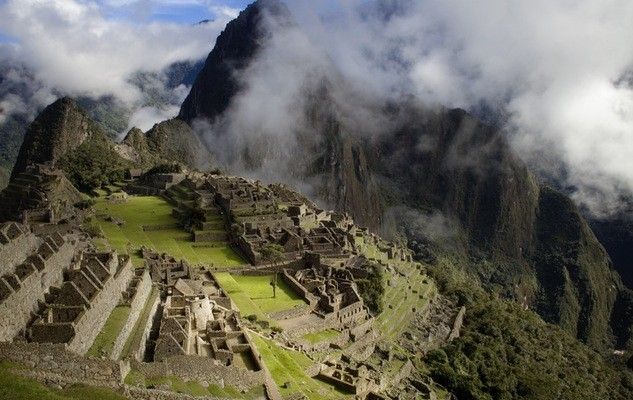 Gastronomy in Peru is now becoming more and more popular around the world and is known to offer some of the most delicious specialties within South America. During my travels in Peru, I was able to discover various exquisite specialties of this beautiful country.

Ceviche is probably the most popular dish and is one that takes on different varieties in other Latin American countries. Ceviche has even been declared to be part 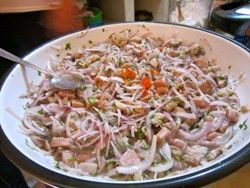 of Peru’s “national heritage” and has had a holiday declared in its honor. During my stay in the capital of Peru, Lima, I was hosted by a Peruvian family. The eldest son of this family happened to be an excellent cook, and showed my friends and I how to make a typical ceviche. Traditionally, Peruvian ceviche is made out of chunks of raw fish, marinated in freshly squeezed lime or lemon juice, with sliced onions, chili peppers, salt and pepper. The fish that is traditionally used is “corvina” (sea bass). The mixture is marinated for several hours at room temperature. Our host served the ceviche with mote (hominy corn), boiled yucca (cassava) and corn kernels. It was absolutely delicious! As a second course, our host family served us another Peruvian specialty called Chicharron de Pescado, which are fried pieces of fish, accompanied by rice and yucca sancochada (boiled cassava). When we first went out to dinner with our host family they wanted my friends and I to order anticuchos, without telling us what they were. Skeptical but curious, I decided to try what looked like simple meat brochettes. I found out after eating an entire brochette that what I was eating was beef heart, macerated in vinegar and ají panca (hot pepper). It did not taste so bad after all! 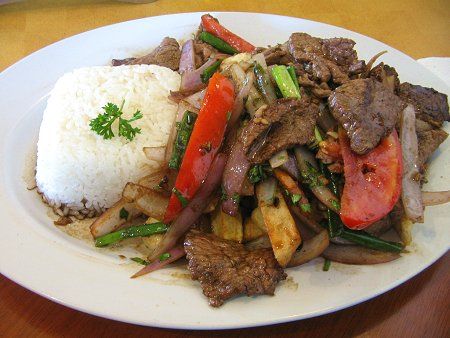 This dish is interesting because of its Asian influences. It consists of slices of beef tenderloin, sautéed with onions, tomatoes, ají, all marinated in vinegar, soy sauce and other spices. It is served over white rice with French fries. 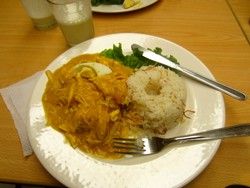 This plate is composed of pieces of chicken that are slightly spicy and bright yellow from the ají peppers. All this is mixed with a creamy sauce made with ground walnuts. This dish is served over rice, with boiled yellow potatoes and black olives.

Try our recipe for Scallop Ceviche 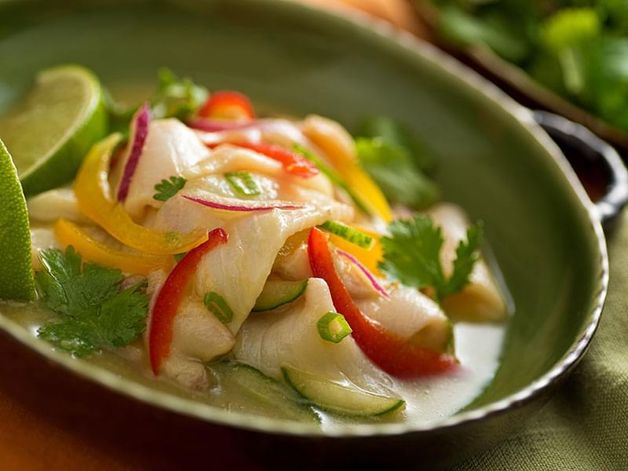