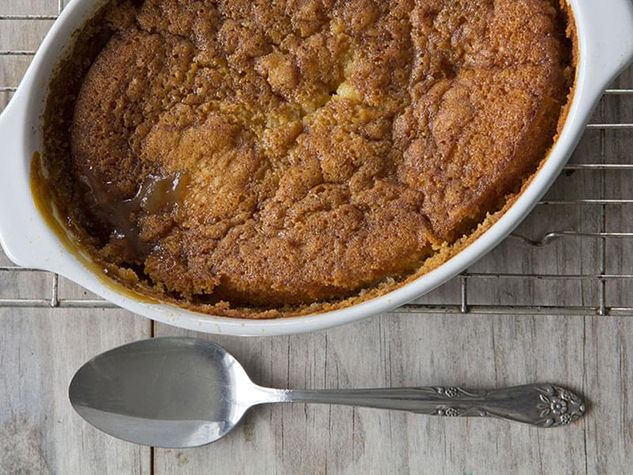 For the last 90 years, the recipe for this dessert has been passed from one generation to the next with innumerable variations.

As you can guess from its name, Pouding Chômeur (literally translated as unemployment pudding, or poor man’s pudding) is an example of creativity during a period of economic crisis. In fact, it dates back to 1929, a time when many Montreal industrial workers were being laid off. Money was becoming tight for most families, who therefore had to manage with the few resources at their disposal. No one knows exactly who first had the idea to use cheap and commonly found ingredients to concoct a delicious dessert. In the toughest times of the crisis, it was simply made with stale bread soaked in brown sugar syrup (at the time cheaper than sugar) and water.

The recipe quickly spread to all the disadvantaged areas of the major cities in Quebec and Acadia. Over the years, and after economic conditions improved, other ingredients came to be added to the original four, which were flour, butter, milk and brown sugar: eggs, cream, maple syrup, etc. Some are even made with chocolate! All these ingredients make up a white cake on which brown sugar or maple syrup and water are poured. After cooking, the syrup, now thicker, settles at the bottom.

You can eat pouding chômeur hot or at room temperature, often with ice-cream or a sauce made with cream and maple syrup (if it isn’t sweet enough to your taste…)

This dessert is still very popular today in native Quebec families as well as others, in restaurants and in sugar shacks. We share our version with you. Happy tasting! 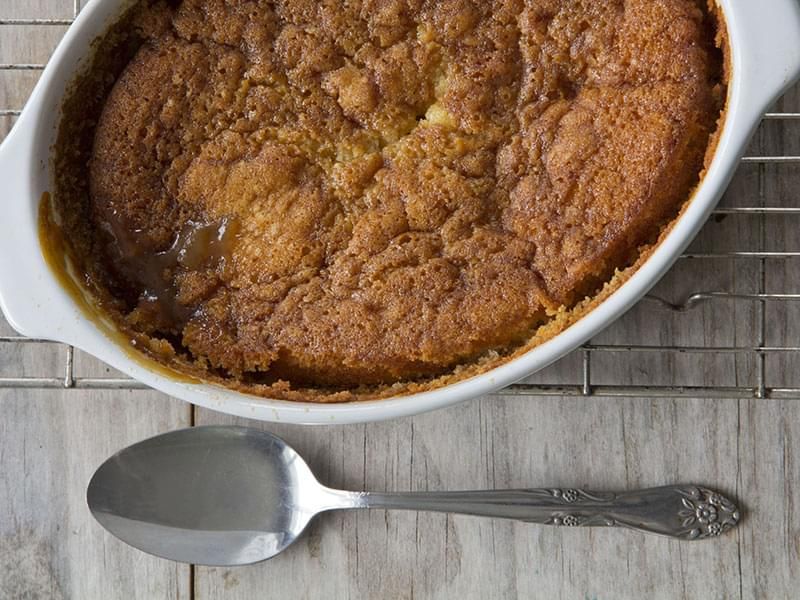 Good Afternoon, I am trying to find the original recipe for Pouding Chomeur – the one that used stale bread not cake mix. I work with a soup kitchen and we usually have a lot of bread left over and I thought this recipe might make use of that bread.
I make a great bread pudding but am not sure how to use the bread in this recipe. Will you be able to help me? Burdette

Unfortunately I dont’have it, but it should not be hard to google it.

Thank you for looking. I have tried googling it under different variations but can’t seem to get anything other than cake. Do you have any suggestion who I might contact. I was thinking about trying the Candian Army since that was where I first heard about the chomeur using bread. Any help is greatly appreciated. Thank you and happy New Year. Burdette