Originally published in the Journal de Montréal on May 1, 2010.

In many countries, May 1 is celebrated as International Workers’ Day (or May Day), whereas in North America, we celebrate the first Monday in September as Labour Day.

After years of relentless battle, on May 1, 1886, American trade unions obtained a reduction in daily working hours for some 200,000 workers. Other workers also started a general strike in order to acquire the same advantage. This resulted in violent confrontations with the police, leaving three dead and fifty wounded.

Four years later, these events were formally commemorated on 1st May 1890 in several countries, with an aim to reduce daily working hours from 10 to 12 hours (which was the norm at that time), to 8 or 9 hours. Let us also not forget that in those days, there used to be six working days per week, with only Sunday being a non-working day.

In Quebec, this day was first celebrated in 1891. In the following years, pressure increased in Canada in favour of a National Workers’ Day, and in 1894, the government of Sir John Thompson promulgated a law officializing Labour Day on the first Monday of September. 1st May is therefore not a holiday for us, but this should not stop us from celebrating the rights that our ancestors fought for and won, for example with a good meal between friends.

Why not celebrate by firing up the barbecue and trying one of these recipes? 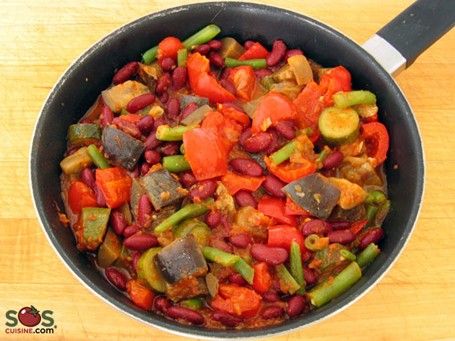