TOP 10: Recipes to Make the Most of Tomatoes 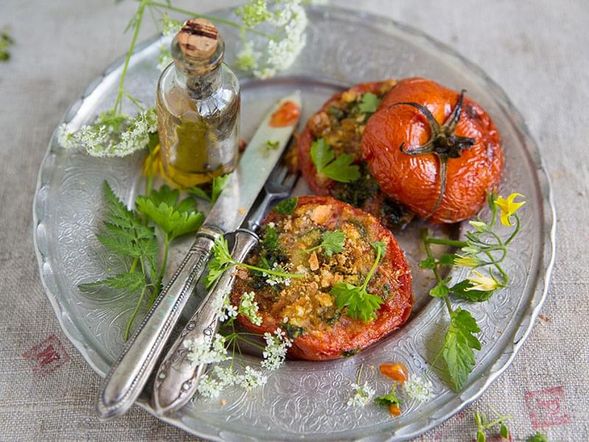 For good results, use only locally-grown, sun-ripened field tomatoes. Head to the nearest supermarket right away or take a look at our grocery flyers comparison wizard to discover where to find the best deals. 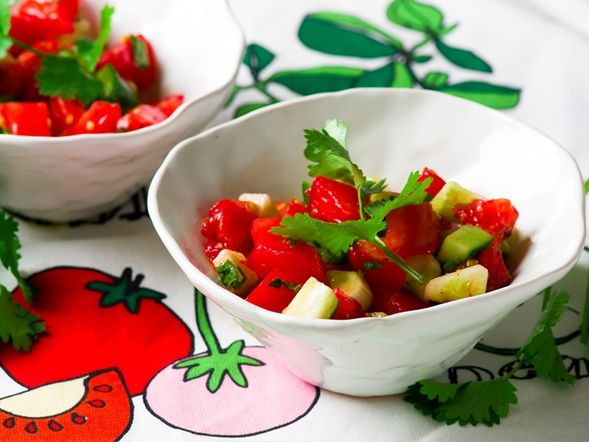 Here tomatoes join forces with their loyal companion the cucumber for a side dish that’s bursting with freshness. It’s time to use the coriander from your garden before it’s too late. Add some Tabasco sauce if you like things spicy! 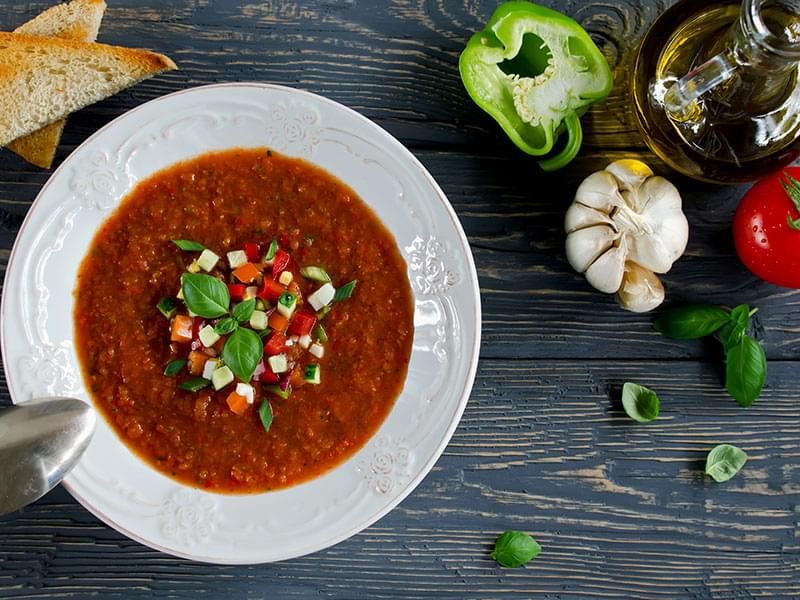 Although the exact origin of the word «gazpacho» is unknown, most suggest that it derives from the Mozarabic word «caspa», meaning fragments or remnants of food, primarily stale bread, that were combined with vinegar, water, oil, garlic, and other seasonings in a clay pot, wrapped with a wet towel, and left standing in the sun. When the towel was dry, the food was ready. From Andalusia, in Southern Spain, where it originated, «gazpacho» spread across the country and nowadays there are as many recipes as there are families in Spain.